The Alpine ibex (Capra ibex), also known as The steinbock or bouquetin, is a species of wild goat that lives in the mountains of the European Alps. It is a sexually dimorphic species with larger males who carry larger, curved horns. The coat colour is typically brownish grey. Alpine ibex tend to live in steep, rough terrain above the snow line. They are also social, although adult males and females segregate for most of the year, coming together only to mate. Four distinct groups exist; adult male groups, female-offsping groups, groups of young individuals, and mixed sex groups.

During the breeding season, males fight for access to females and use their long horns in agonistic behaviours. After being extirpated from most areas by the 19th century, the Alpine ibex was reintroduced to parts of its historical range and all individuals living today descend from the stock in Gran Paradiso National Park in northwest Italy and from the neighbouring French valley of Maurienne,[2] now part of the Vanoise National Park linked to the former. These two national parks are connected and have been especially created to help the ibex to thrive. 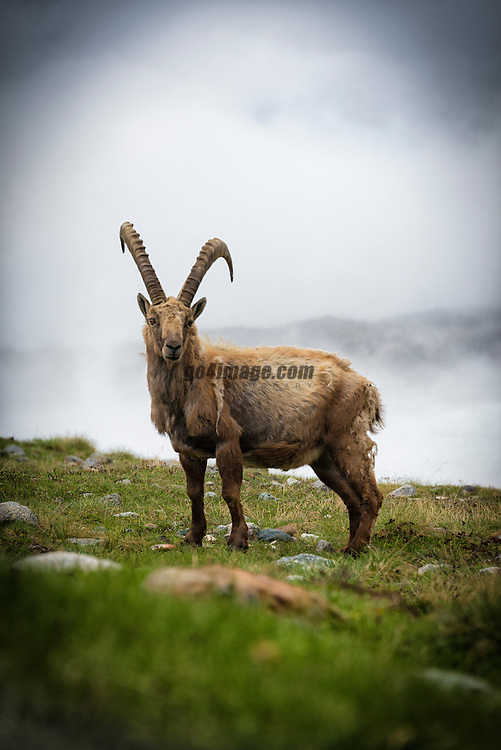