The Vizcaya Bridge was built to connect the two banks which are situated at the mouth of the Nervion River. It is the world's oldest transporter bridge and was built in 1893, designed by Alberto Palacio, one of Gustave Eiffel's disciples. The Engineer Ferdinand Joseph Arnodin was in charge, and the main financier of the project was Santos Lopez de Letona. It was the solution given by the engineer to the problem of connecting the towns of Portugalete and Getxo without disrupting the maritime traffic of the Port of Bilbao and without having to build a massive structure with long ramps. Palacio wanted to design a bridge which could transport passengers and cargo, and that could allow ships to go through. Palacio's shuttle bridge was adequate and could be built for a reasonable price.

The service was only interrupted once, for four years, during the Spanish Civil War, when the upper section was dynamited. From his house in Portugalete, Palacio saw his masterpiece partially destroyed just before his own death. On July 13, 2006, the Vizcaya Bridge was declared a World Heritage Site by UNESCO. In Spain, it is the only monument in the Industrial Heritage category. UNESCO considers the bridge to be a perfect combination of beauty and functionality. It was the first to use a combination of iron technology and new steel cables which began a new form of constructing bridges which was later imitated throughout the world. 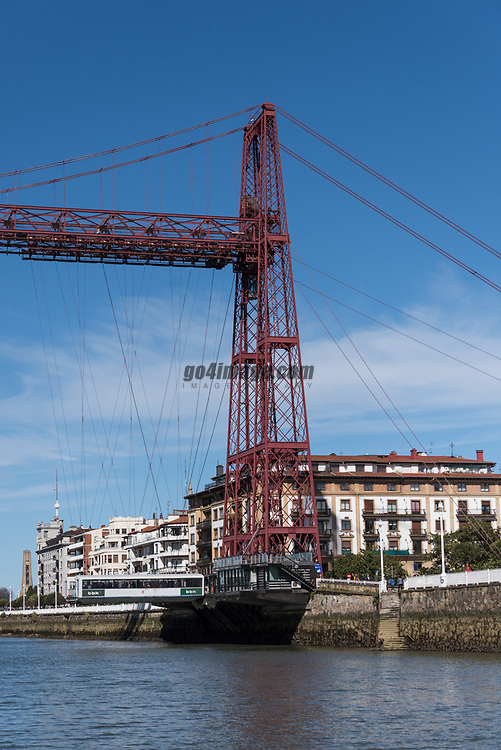