Cambria, the most recently restored 23-Metre, was eased out of the ‘Big Class’ racing circuit with the introduction of the larger and faster J-Class yachts. Subsequently, she was converted to a cruising yacht.

More recently she was restored in Australia in time for the America’s Cup Jubilee in Cowes in 2001 where she was seen racing against the three ‘J’ Class yachts. She then went on to spend time between the Mediterranean and the Carribean and continued to enjoy racing.

In 2004 she was sold to a new owner who was keen to have a new mast built for the boat that did not include any carbon fibre! The work was undertaken through the winter of 2005/6 at ‘Classic Works’ in La Ciotat, France, where they were able to take advantage of a climate-controlled tunnel and built a new Alaskan spruce mast under the experienced watchful eye of Harry Spencer. Cambria paraded her new mast around the Mediterranean classic regattas during the 2006 season and has since been seasonally racing in the Mediterranean as well as owner trips in Turkey, amongst other places. Designer:William Fife III
Type of Boat:23-Metre
Rig:
Year Built:1928
Built By:William Fife & Son, Fairlie
LOA m / ft: 41.14m / 135'
LOD m / ft:33.8m / 111'
LWL m / ft: /
Beam m / ft:6.20m / 20' 5
Draft m / ft: 2.83m / 9' 3
Yard No:758
Sail StatsSail Area: 769 sq.m Sail No. K4
Construction:composite construction
Other:Original tonnage: 162 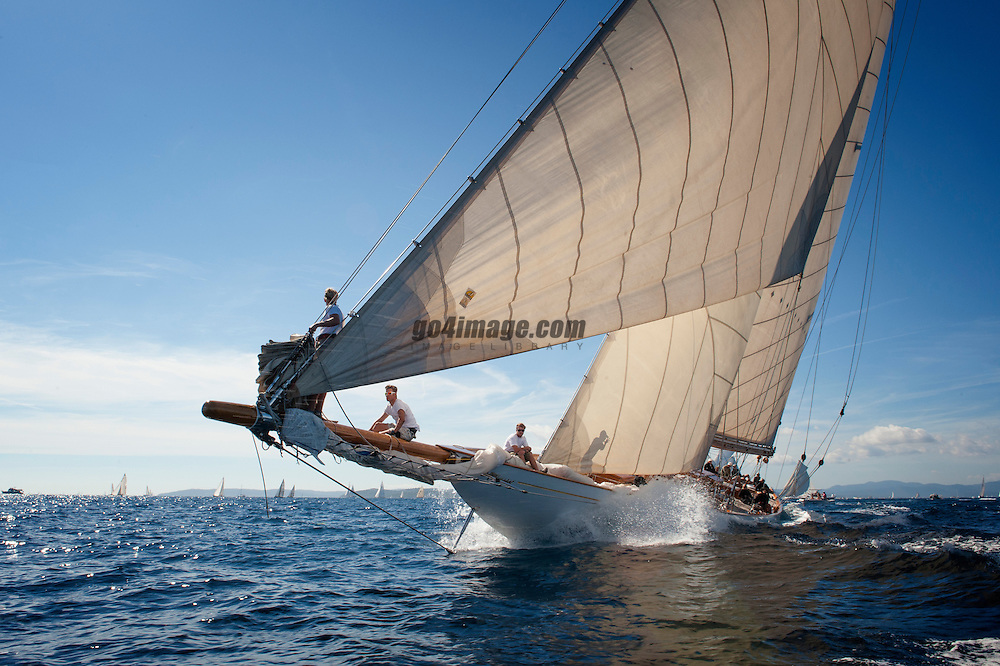