Club 55 pontoon in Ramatuelle near Saint Tropez, the most famous beach restaurant in the world founded by the Colmont family, today the restaurant is managed by Patrice Colmont.

Patrice de Colmont's father camped on the beach nearby in 1948, then bought a fisherman's house on the sand. When travelers passed, he and his wife would offer them hospitality. In 1955, Brigitte Bardot and her husband, director Roger Vadim, were shooting . . . And God Created Woman on the beach, and mistook the Colmonts' cabana for a bistro. The crew boss asked Madame Colmont if she would cook for the troupe. When filming ended, Bardot and Vadim stayed—and Club 55 was born, as an invitation-only restaurant for "the people we like," says Patrice, who was eight at the time.

The Mediterranean sea, which sparkles a deep shade of blue in the summer, takes on a soft, muted color in the early morning right after the sunset. 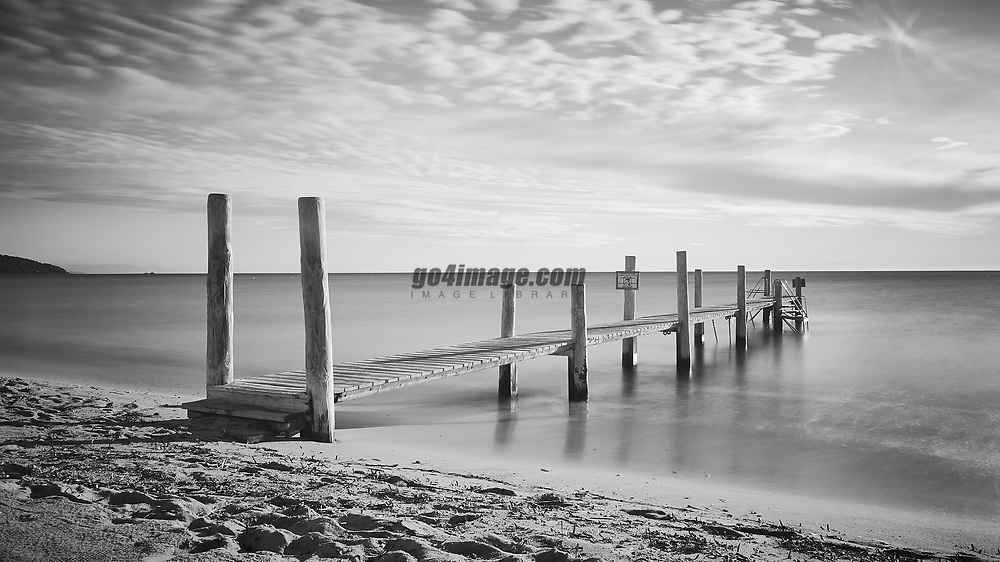